A Note From Our President – Stay Healthy >>>

In Trenton, NJ, the Hough Fuel business was run from John's home, and the trucks were kept on an empty lot on Duck Island, across from Gulf Oil's terminal.

In 1981, Hough Fuel sold their heating oil business and concentrated on the sale of commercial motor fuels and lubricants. Gary Hough, the 3rd generation and former President, was hired as the Controller in October of this year.

By 1989, Hough had expanded its headquarters to include the adjacent neighboring property and built the current bulk lubricants storage facility. Rich Hough, also joined the company in this year.

In 1992, Jack Hough retired and Gary became President, and continued to grow the company.

In 2001, Hough Petroleum acquired the Lubricant Division of Koenig Petroleum, of Bordentown, NJ. Koenig is a Shell Branded Lubricant distributor and has added a valuable brand to Hough Petroleum's product slate.

In 2002, the BP brand was added to the portfolio of gasoline brands.

In 2013, Greg Hough, the company’s 4th generation, and current President and CEO, joined Hough Petroleum as an Account Manager.

In August of 2019, Hough Capital was founded, the VC Arm of Hough Petroleum focused on investing in clean energy, transportation, logistics, oil & gas, and real estate.

In October 2020, Hough Petroleum announced its partnership with FreeWire as a certified reseller of the FreeWire DC Electric Vehicle Fast Chargers. 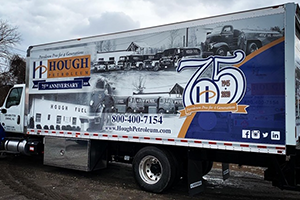 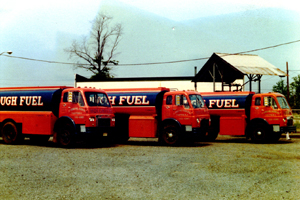 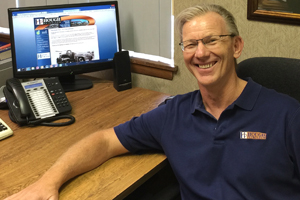