A Note From Our President – Stay Healthy >>> 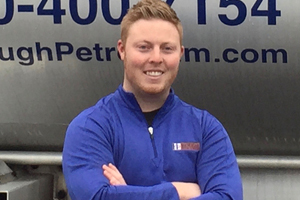 Greg joined the company in 2013, focusing on the retail gasoline business. Over time, he has taken responsibility for finding and acquiring retail/commercial properties, developing social media content, and directing Hough’s strategic planning. In January 2016, Greg took over as Managing Director of Hough’s newly acquired wholesale auto parts entity, and was promoted to Vice President of Business Strategy later in the year. In 2021, Greg was named President & CEO, becoming a 4th generation owner of the company. In his new position, Greg oversees the day-to-day operations of the company along with developing Hough’s strategy and vision. Greg graduated from Winthrop University in 2011, having earned a Bachelor of Science while playing Division Ι college baseball. He earned his Juris Doctorate degree in 2016 from Delaware Law School at Widener University and is a barred New Jersey Attorney. Greg resides in Burlington County with his wife. 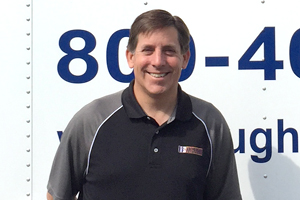 Chris started his career in the oil industry early in life, as a teenager washing trucks during the day and dispatching service at night for his friend’s home heating oil company in Southampton, PA. Chris earned his degree in agricultural business management from Penn State in 1991. His early career consisted of management and sales positions for companies like Southern States Cooperative and Petroleum Heat and Power. In 1997, Chris joined Hough Petroleum as a Sales Representative to cover the Northern New Jersey and Pennsylvania territory on the retail side of Hough Petroleum’s business. In 2003, Chris was promoted to Sales and Marketing Manager. In 2016, Chris was promoted to Vice President of Sales & Marketing where he oversees the sales, pricing, and marketing departments. Chris currently resides in Monmouth County with his wife and two sons.

Lauren joined the company in 2022 as its Chief Administrative Officer and General Counsel. Prior to joining the company, Lauren was a general corporate attorney in private practice providing her clients with a broad range of services integral to their long-term success such as drafting and negotiating contracts, employment matters, policy implementation, and corporate and strategic planning decisions. In her role with Hough Petroleum, Lauren oversees the legal, HR and marketing departments. Lauren graduated from Villanova University in 2013 before earning her Juris Doctorate in 2016 from Delaware Law School. Lauren is barred in New Jersey and Pennsylvania, as well as the United States District Court for the District of New Jersey. Lauren resides in Burlington County with her husband, Greg and their two sons.

Eric Anderson joined the company in 2020 as Controller with a focus on efficiency, growth, and execution. He has a background in public accounting, and spent many years in the insurance industry. During his time in the insurance industry, he was responsible for establishing the accounting controls and procedures for what is now one of the largest insurance agency networks in the country. Eric received his bachelor’s degree in accounting from Rider University in 2003. Eric currently resides in Somerset County with his wife and three daughters.

Jason Raffensperger joined the company in April 2021 as Vice President of Commercial Fuels and Lubricants. Jason’s focus is on growth and relationship management and making sure our customers have an exceptional experience. He has a background in finance and sales and spent several years in the petroleum equipment industry. Throughout his career, Jason has implemented effective sales procedures and processes, all the while keeping a positive customer experience as primary goal. Jason lives in Hammonton with his wife and two children.